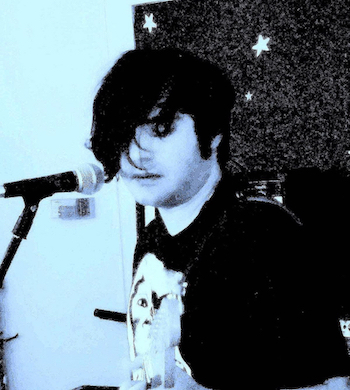 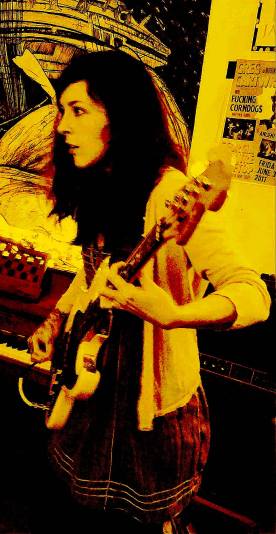 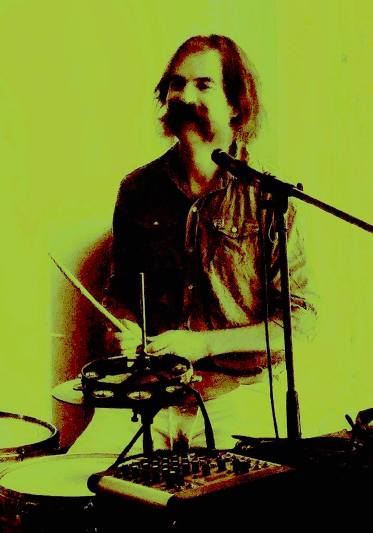 How did the name Ancient Whales originate?

Long long ago in a time before man, when beasts roamed the earth and great monsters ruled the sea, creatures existed with no names that have only recently been labeled by you and me and our friend Sam who named the band.

Sometimes the songs begin with a bass line, sometimes a guitar riff and sometimes just a melody. Enoch and Natalie collaborate on the tunes. Enoch writes all the lyrics and would like to publish a collection of works in the future.

Some themes that emerge from your songs are escaping, relationships, living authentically. Do you write with a theme in mind or does that happen in the process?

Yes a lot of the songs are written with a theme or idea, real life events that shape the song. For example our kitty cat ran away and we wrote the song Giving while longing for her return.

Your sound since Birthing (2012) to Vestiges has widened and deepened in its intricacies – was that a conscious decision or just something that’s happened naturally?

We got bigger amps!

What inspired the song, To Be?

You’ve recorded several times with Joel Hatstat. What does he bring to the sound?

Joel helped us manifest a couple of our earliest albums. He’s really good at what he does and being a musician he understands how to capture a band’s sound.

What’s your process in the studio?

We are bonded by the Beatles.

What’s coming up for Ancient Whales?
We are looking forward to playing POPFEST in August!

Is new material in the works since Vestiges of Tails Appear in All of Us?
Yes we are currently writing new music and hope to record soon.

Baguettes, chocolate cigarettes and a European countryside drive to perform at a festival with all our favorite bands.

What are some things outside of music that rejuvenates your creativity?

What would your advice/strategy be for a band just starting out?

Practice and love playing music above all.

View all posts by athensuncharted