He doesn’t ONLY perform for drunk Germans, but Dan Roth is talented, willing and extremely able to perform pretty much any music, for pretty much any group of people, pretty much anywhere.  These days he can mainly be heard traveling around the southeast with his venue band, The Funk Brotherhood, entertaining wedding audiences, corporate executives at their events, and any other grouping of funky fans. – Bowen Craig

What is your earliest musical memory?

I was in a stroller, under a bodega, in Manhattan, with my mother pushing me. She was singing “Rainy Days and Mondays.” It was a rainy day. And it was a Monday. My mother had been a soloist at Radio City Music Hall from 1965-1972.

It sounds like you were destined to play music. What are some other early musical experiences?

I was in the kids’ orchestra at Radio City for a while. We had a sort-of family band, too.  My mom, my dad, and two of my uncles would get together and play. They played at my Montessori school a few times. When I was 3 my uncle gave me a drum set, and I remember playing snare drums on “Little Drummer Boy” at my school pageant. In high school I was in a basement band or two. We did a lot of Rush and Van Halen covers, competed in a few Battles of the Bands. Then my family moved from New York to Detroit.

Both are pretty well-known centers of American music.

They are.  Having lived in Detroit gives me some funk street cred in the Brotherhood.

Was music always your path?

Yes and no. As a profession, it didn’t really come to me until after college, but I was always around music. I got a degree in Musical Theatre from Wayne State University. I supported myself in college playing drums in traveling theatre shows. After college, I went on a kind of bluegrass odyssey, after moving from Detroit down south. I met a five-string banjo player and went on a 15-year journey into bluegrass, learning the strings, moving from drums to guitar.

And once you’d moved to Athens?

I got into rock ‘n roll. From 2000-2010, I was in two original touring bands, performing around the southeast. Somewhere in there I got involved in the Social and Wedding Circuit, first with the Sensational Sounds of Motown (2006-2010), then, for the last 5 years, with The Funk Brotherhood. I play keys.

So performing is the thing?

Yeah, I just love making people happy through music. If I got the call to play shamisen with a Japanese kabuki troupe I’d do it.

Tell me about playing weddings.

They’re mostly pretty standard affairs which follow a pattern. Not always, but mainly.  From my perspective what makes one of our songs a classic is how many people get up and dance. We usually become de facto emcees. We set up before the party arrives, then we emcee, announcing the entrance of the bride and groom, doing bride’s father and bride dance song, mother-son dance numbers, and then we launch into our set.  Inevitably someone will request songs that aren’t funk.  “Sweet Home Alabama” or Tom Petty. 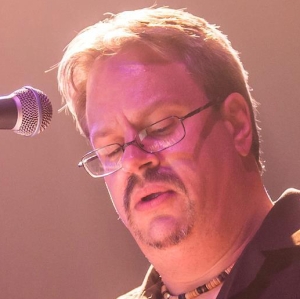 We’ve got a funk canon of songs that we almost always play. The Temptations,“My Girl,” “Easy like Sunday Morning.” Since the Golden Age of Funk was from the mid-70s through the early 80s, that’s when most of our songs came out. I’d say about 85% of our songs are from that era, but we do incorporate newer songs into the shows too. Mostly the song of the summer, the songs of the moment. They generally last for 3 to 6 months and then fall off the radar. Occasionally one will slip through and cement itself with the people. Bruno Mars’ “Uptown Funk” seems like it’s got sticking power. And around here, we do wind up playing UGA’s fight song more than I ever thought we would. (laughs)

What is it about songs from that era?

They have universality and staying power. Funk has a long reach. The kids, the bride and groom, the young people enjoy the music their parents grew up with. Nobody’s mad that we’re not playing Drake songs or whoever does the new stuff. We play parties, and we make sure everybody has fun. Age is irrelevant to us.

Flexibility is the key. Inevitably someone will want to make an announcement or do something that will mess with our plan. You just have to roll with it. When we get a request for songs that are way out of our wheelhouse, we’ll usually respond with something like, “Oh, man that’s a great artist, but not in our genre.” It’s actually a sign that they like us. “They’re a great band. They’d be good at playing my favorite song.”  That’s pretty much the thought process.

We submit our set list to the planner. Sometimes the bride or groom will make special requests, especially what they have labeled “their song.” We’re willing to learn new songs. We’ve done stuff that’s way out from our genre, like Bonnie Raitt or James Taylor.  You give the people what they want.

Are the wedding archetypes as true as I think they are?

Oh, yeah. The Drunk Uncle. The Buttoned-Up Corporate Executive who gets a few drinks in him and then goes crazy. The Tipsy Bridesmaids. We played a debutante ball last year.  I got back from our set break to discover that two drunk debutantes had knocked my keyboard off its stand and it shattered into pieces on the stage. We’ve got insurance, but I still wanted to stomp some debutantes that night. (laughing)

You’re an energetic musician.  When I’ve seen you perform you’re always jumping around on stage.

Performing is my happy place.

The Funk Brotherhood is huge.  There are so many of you.  How do you coordinate it all?

When an offer comes in, usually through our website, we all have 24 hours to respond with our availability. Because we’re a working, touring band each member has someone to call to understudy him and his instrument.

Funk has a wonderfully raunchy history.  Have you ever, in grand funk tradition, run afoul of the law?

Not really. But I am really glad I grew up pre-Internet. I was once arrested in high school, but it was under false pretenses, really just confusion. A friend gave us a key to an empty house and my friends and I went over there to drink beers. The neighbors called the cops, and the guy initially denied that he’d given us the key. So I spent some time in lock-up, but the guy changed his tune and it all fizzled. Oh, and I got a ticket for double-parking when we were unloading in Savannah once.

Oooh, double parking!  So you’ve seen the dark side as a scourge to meter maids around the country?

Yeah (laughing). I’ve stayed out of trouble for the most part.

You do corporate events and fundraisers too?

We do. There’s a direct correlation between a good party band and the amount of money raised. When we played at a Boys & Girls Club fundraiser they raised $200,000 more than they had the year before. That’s a decent example of how creating an atmosphere where everyone’s having a good time can have positive ripple effects.

The Funk Brotherhood is in the process of growing and expanding. We’re largely regional now, but we’re moving farther in every direction, going from regional to national. We started on the Frat Circuit and moved to the Wedding Circuit. We’ve been doing more and bigger events and fundraisers lately.

It’s not so bad.  Observing the crowd is probably about 30% of the enjoyment of being in a band. You do see those guys in the crowd that you know will have some issues with alcohol later in life, but that doesn’t mean they’re not having fun when we play.

Now that the era of popular music being driven by record sales is receding, touring seems more important than ever.

It is. Even the celebrities you know, Lady Gaga, Justin Timberlake, the engine that drives their success is touring. You have to tour relentlessly.

Funk is still a niche genre, but there are some big, successful funk acts out there. There’s a band called Lettuce that started small and have grown huge. Lettuce got their name from continually begging people to “Let us play” and now they pack 5,000 to 10,000 people into a venue. There are still plenty of popular current funk bands out there.

Do you have any advice for young musicians out there who want to do what you do?

Don’t be afraid to learn new songs. If you shirk the opportunity to grow all you’re doing is shooting yourself in the foot. It behooves you, as an artist, to learn to play anything.  And you have to get used to playing the same song a lot. We get a lot of the same requests almost every time out, but you have to do it. It’s about entertainment. Our guitar player can’t stand, “Easy like Sunday Morning,” but we still play it when it’s requested. You have to give the people what they want.

View all posts by athensuncharted